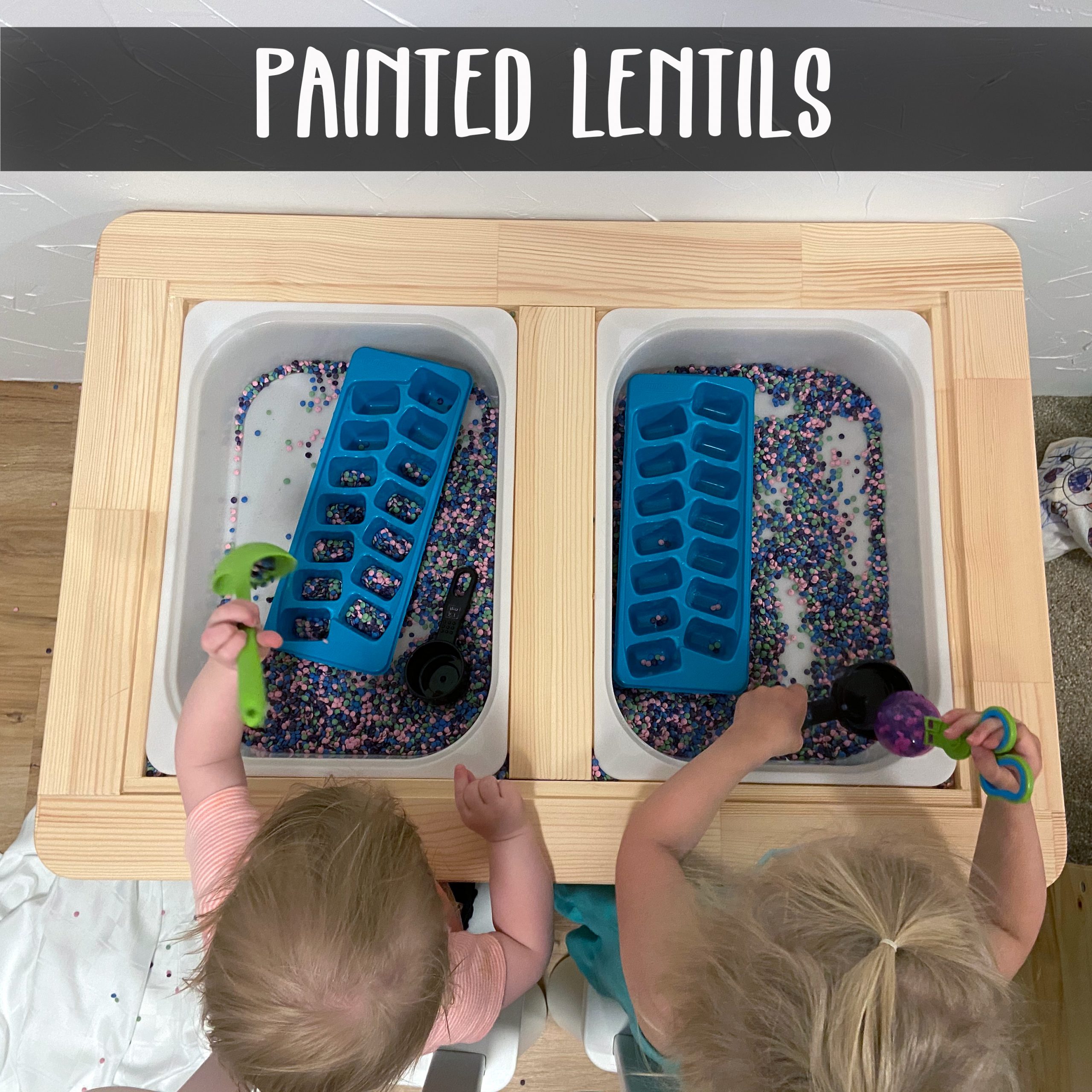 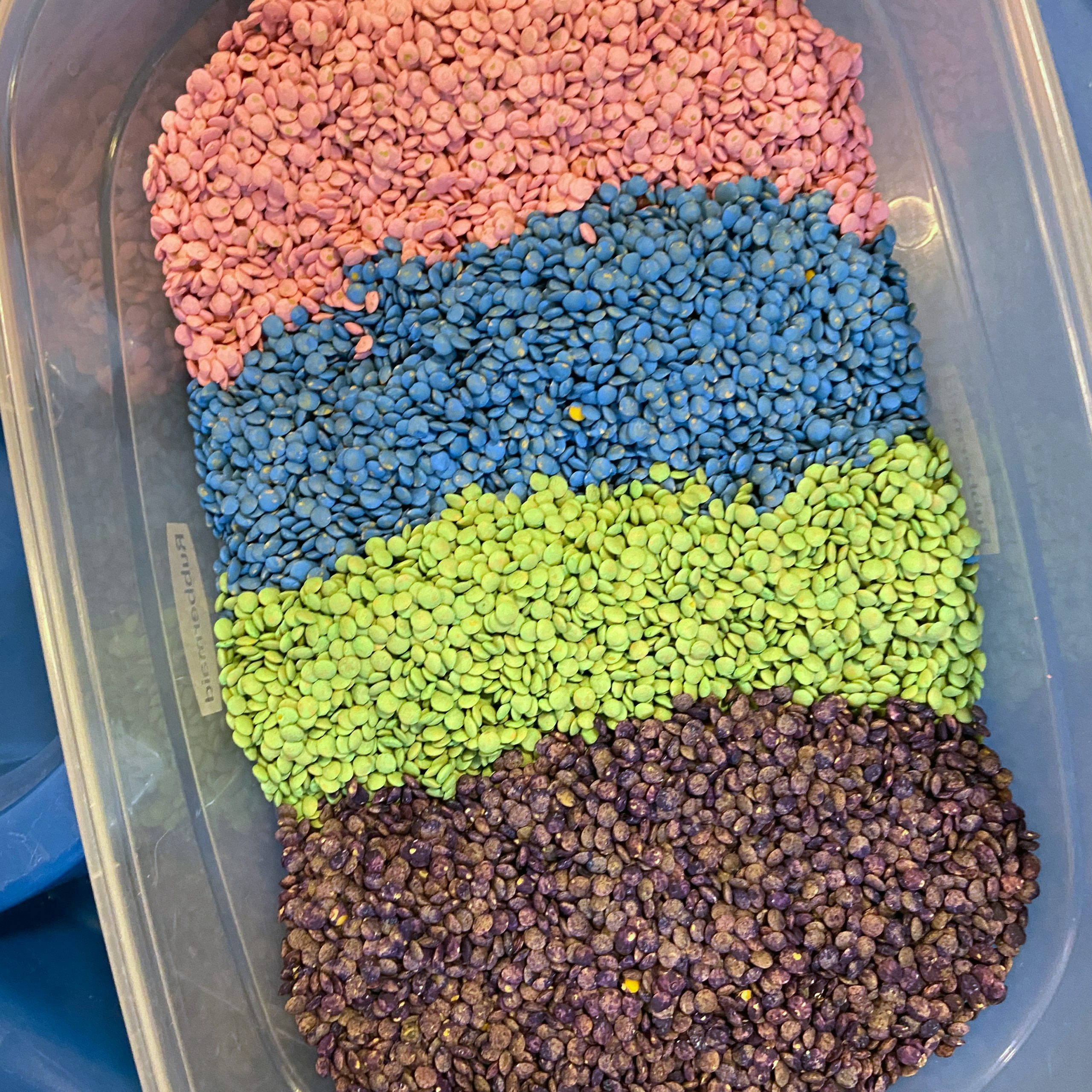 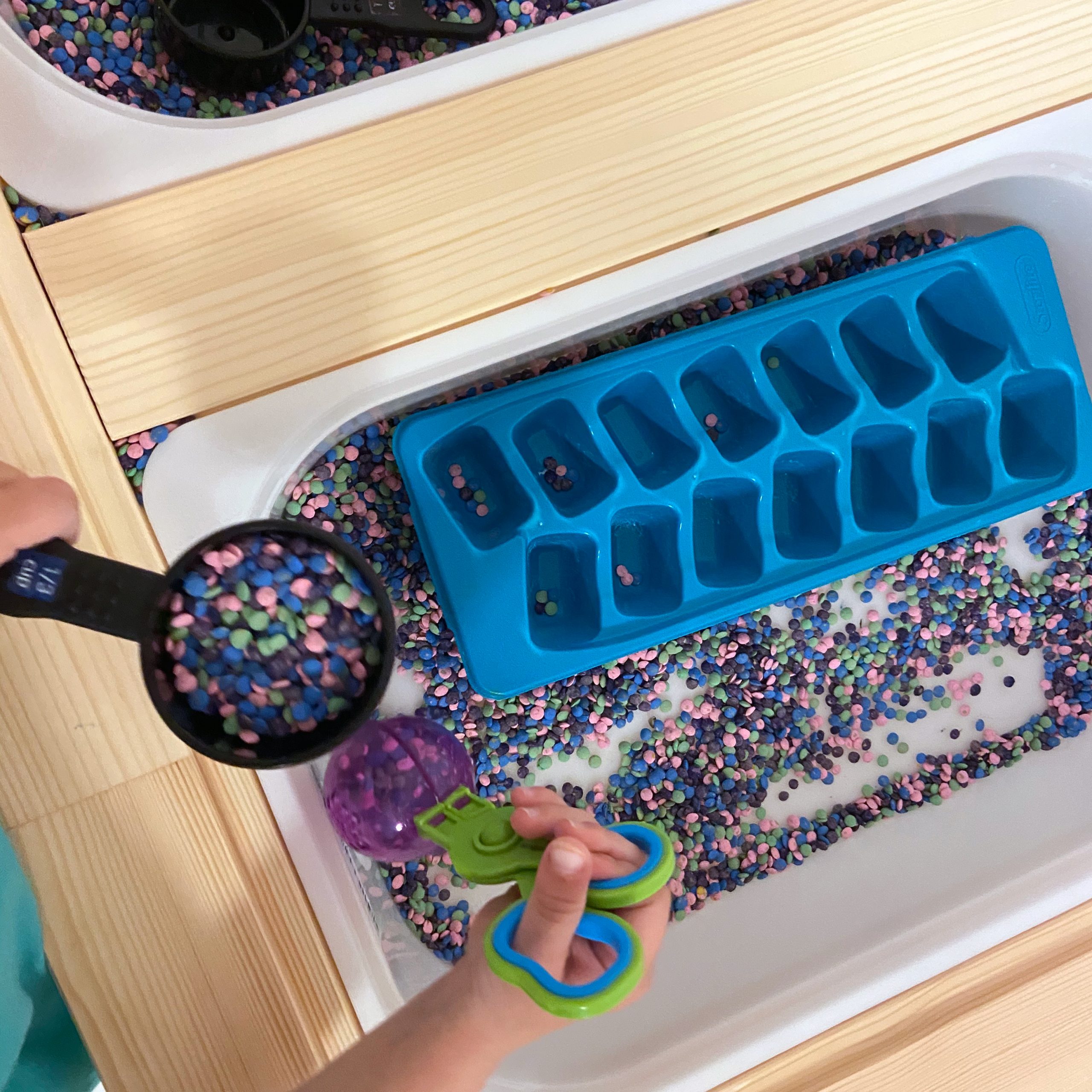 When my husband and I first got married, I decided to make him a nice dinner one night. I had my moms recipe of Taco Soup and thought it would be a quick, nice meal to do. I was very inexperienced with cooking meals. VERY inexperienced! I had no idea there was a difference between canned beans and dried beans. So when this recipe called for pinto beans, kidney beans, and black beans, I threw in an assortment of dried and canned beans of those kinds. I did not soak any of the beans at all! Guys, half of the beans were crunchy and awful! What was worse was the stomach ache that came after!

So even though now that I know dried beans have to be soaked before you can eat them I prefer to use them for sensory bins!
Coloring lentils/beans is so easy!

1. Dump some lentils/beans in a ziplock bag, and add a generous squirt or two of ACRYLIC paint.
2. Shake the bag until all the beans are covered.
3. Spread them out on a baking sheet to dry overnight. Spread them out as much as possible so they don’t stick together as they dry.

When you’re ready to play, dump them into a storage container and let the kiddos at it!
I added measuring cups, ice cube trays, ladles, and scoops!